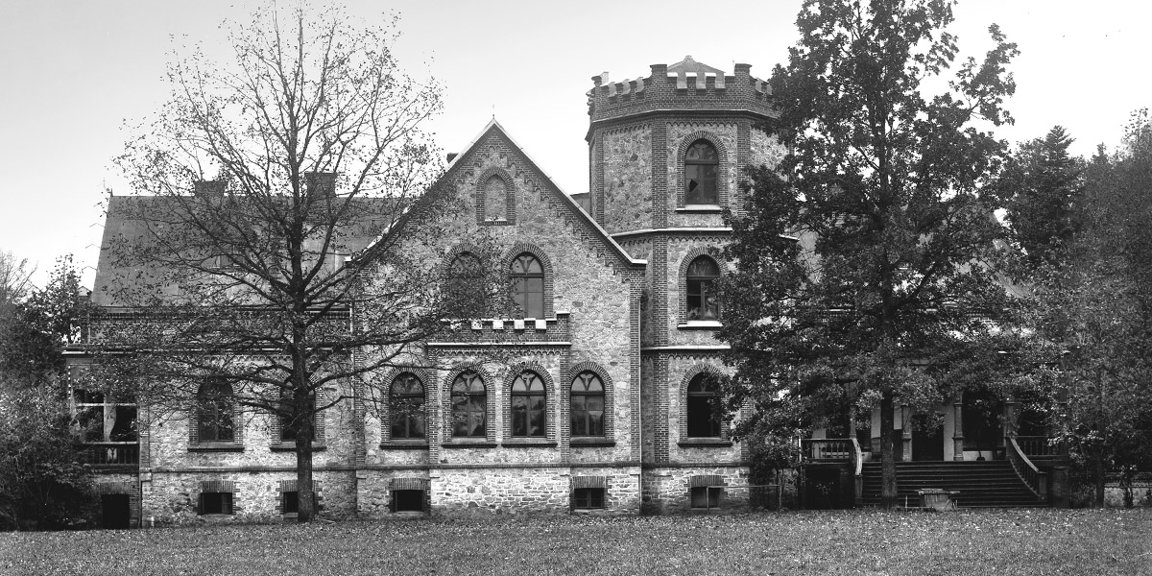 HISTORY OF THE ZVARTAVA CASTLE AND ITS OWNERS

Adzel, Atzele, Agzele, Ochela (nowadays Gaujiena) - the state of the Latgals, mentioned in the XII century, it was placed in the territory of modern Latvia, Estonia and Russia. The first evidence of “Terra Agzele” is building the castle in Gaujiena, by Order Livonian Brothers of the Sword, and spread of Christianity, in the XIII century. Schwarzhof Manor (nowadays Zvartava), as a territorial-administrative unit, in the middle of the 15th century, during the period of “Terra Mariana” or the Livonian Confederation was formed, , in the middle of the 15th century in the castle land of Atzele In 1465, Zvartava was handed over to Hans Schwarzhof, named - “Adzel-Schwarzhof Manor”. In 1517, the estate was transferred to Jirgen Schwarzhof. His family also engaged in agriculture here during the Livonian War (1558-1583) and then, until 1629.

The troops of the Kingdom of Sweden defeated the Polish - Lithuanian Commonwealth  (1600-1629) in a religiously motivated war. The renaming of Livonia to Swedish Livonia ensured the spread of Lutheran Reformation and the expropriation of the property of the Catholic estates in 1784-1700. However, Marshal Axel Banner, the Swedish military commander, received Gaujiena and settled on the estate and with his family until 1721.

Zvartava as part of the Russian Empire

With a victory in the Northern War (1700-1721), Livonia became a part of the Russian Empire, like the Livonia province. In 1745, Baron von Delvig received Gaujien as a gift from the Russian Empress Elizabeth I (daughter of the Russian Empress Catherine I, civil name Martha Skavronskaya, adopted daughter of Pastor of Aluksne). During this time, Gaujiena Castle and its surroundings were sketched and documented by the regional researcher J.V. Krause, materials from the publication of J.K. Broce can be viewed also today.

In 1781, Zvartava Manor was separated from the Gaujiena Castle District. Zvartava Manor was bought in 1825 by the landowner August George Wilhelm von Ceikel. Von Ceikel later acquired the estates of Lutermuiža and Jauna Muiža. The family of George Wilhelm von Ceikel and Maria Frisch had one child - the daughter Louise Maria. She and her husband, Baronet Gottlieb von Fersen, received a dowry of the estates Zvartava, Lutermuiza and Jauna Muiza. The young couple decided to demolish the old one-story building and build a new, more modern Zvartava castle in the Tudor Gothic style with turrets, a glass dome and large windows. The construction of the new castle was completed in 1881. The castle was not damaged during the revolutionary uprising of 1905.

Zvartava castle in the interwar period

After the declaration of independence of Latvia and the end of the war of independence of 1918-1921, after the death of Louise Maria and her son Herbert, the von Fersen family left Zvartava. For a short time the castle was the reign of Zvartava volost. After 1922, the palace was managed by the Aizsargi organization,  existed 1919-1940. and rebuilt the building and facilities from the family house into a public space -club. In accordance with the trends of the letonisation of culture: a stage appeared in the  hall, a dance hall, a cinema, the walls were decorated with frescoes with peasant life motifs. In the hall were busts of the President of Latvia K. Ulmanis and General J. Balodis.

During World War II, the castle was not seriously damaged. During the Soviet occupation (1940-1990), in the castle between 1945 and 1964, there was a committee of the Communist Party of the village of Zvartava, a village council, a village club, a cinema and a dance hall. Zvartava elementary school also worked in the premises of the castle, during which additional stoves and partitions were built. Historical furniture was lost, but the park was not kept and overgrown.

Since 1970, the castle has been owned by the Union Artists Union of Latvia (AUL). Then from the local government, it was proposed to Madison, the director of the Art Fund of the Latvian SSR at the AUL, as a fellow countryman, to purchase the building of the “Straume” collective farm for the House of Artists. Fortunately, it was possible to organize this and restoration work began in the castle, a stained glass dome was created by artist M. Karklina. Fruitful time was spent by artists paiter R. Pinnis, M. and I. Muižuli, graphic artists M. Dragune, Y. Petrashkevich. The Karklin family of artists helped save the castle from destruction and plunder during the collapse of the USSR and the restoration of the Republic of Latvia. When the creative house "Dzintari" (Jurmala, 1993-1999) disappears, tools for creativity, household items, including a unique set made by the Riga Porcelain Factory (RPP) with the CX CCCP decal was replaced to Zvartava. to guarantee the fulfillment of the main goal of the AUL - not to lose the continuity of creation and the joy of the art process. In 2000, reconstruction of the parquet hall was started, restoration of built-in neo-Gothic style furniture in the dining room and library. At the same time, concepts for the synthesis of creativity and historical evidence were developed, since the buildings of the Zvartava estate, the park and the estate complex received the status of a cultural heritage. The graves of the former owners of the castle, Ceikel and von Fersen, were cleaned and a tombstone was installed.

Currently, the Zvartava manor complex is the International Artistic and Educational Center of the AUL and the Creative Department of the AUL Museum, where international symposiums, seminars and excursions are held. Here you can see the result of extensive restoration work carried out by the artists themselves and with the finansial help of the State Culture Capital Foundation, National Directorate for the Protection of Cultural Heritage and sponsors restoring the palace. The expositions of the AUL Museum offer Latvian painting, sculpture, stained glass, textile art of the second half of the 20th century, contemporary art, home furnishings, beds made by artists, and an extensive porcelain collection created at international symposia in Zvartava.

In the manor complex Zvartava, next to a beautiful castle, taking a leisurely stroll you can see the barn and stables (1st half of the 19th century), the mill (mid-19th century) and passing through the park (XVIII  and XIX  c.)), where a scrupulous viewer will notice sculptures, installations and fountains, you can experience the picturesque and splendor of Lake Zvartava.